A link click is a metric confirming that a person clicked on a link in your Facebook ad. A landing page view confirms that a person has landed on your ad’s destination URL and fully-loaded the resource after clicking.

If you're wondering whether link clicks vs landing page views are the way to go for your new traffic campaign on Facebook Ads, here's what FB has to say:

"Landing page views will let you know how many times people loaded your website after clicking your ad [whereas link clicks won't]."

Landing page views are a far superior metric compared to link clicks because of the depth of information that it can reveal about the success of your ads.

» ROAST: Get Your Landing Page Picked Apart in a Video Roast Packed with Useful Insights for Just £249

The key distinction between link clicks and landing page views metrics is that the latter confirms a user stuck around to fully load the destination URL.

If the goal of your ad campaign is to drive more traffic to a specific page, then Landing Page Views is the most powerful metric available to you on Facebook.

Note: You need to install the Facebook Pixel on your website or third-party landing page software for landing page views to work.

Because of all the confusion with these "click" proxy metrics which don't seem to tell us much about the value we're getting, you can see why "views" would feel more human and valuable to a business.

Landing page views provide the most accurate website traffic data you can get from a Facebook Ads campaign.

It's the metric that confirms how many people waited long enough to allow your webpage to fully load after they clicked on an ad.

Compared to link clicks alone, this metric gives you a more comprehensive understanding of your ad campaign’s performance because it correlates to real brand awareness. Link clicks measure only a click and nothing more.

The metric doesn't consider whether or not the user actually went ahead and consumed your content, or even waited enough for it to be loaded...

There's no guarantee the person will have landed on your page, much less engaged with the media you've worked so hard to bring up.

Facebook introduced the Landing Page Views metric as a new option for ad campaigns in 2017 because of this exact problem. Prior to offering this metric, link clicks were the only optimization option available.

If a person clicks on an ad, why wouldn’t that result in a page view?

They're taking the action so they must be somewhat interested in what lies behind the curtains, right? The reality is that people are lazy.

If your destination URL takes any longer than 3 seconds to load, expect more than 50% of all clicks to drop off immediately.

Every added second will get you closer and closer to literally everyone getting annoyed at your page for not loading properly.

So, what should you do about it?

To get the most ROI from your ads, it's important that you optimize for landing page views when you launch an FB ad campaign with the Traffic objective.

This will instruct Facebook to show your ads to users who are most likely to click through and view your destination URL and will increase the quality of your audience. The traffic value chain is expressed in 3 key metrics:

Your goal with any Facebook Ads campaign is to hit a business goal and scale on it thanks to their audience tools that allow you to expand your reach.

The more detailed you get with your goal tracking, the more value you can extract from the traffic going to your website.

Like link clicks, landing page views are "just" views after all.

Working with custom conversions instead will give you the power to say:

"This is my exact business goal, and I want Facebook to recognize it and optimize for it so that I can generate significant returns."

Should you ever optimize your ad campaign for link clicks instead of landing page views?

No, unless you want to run some A/B tests. Link clicks are a proxy metric (i.e. a metric that is only used as a data point to get to other more important conclusions) so they carry no value in and of themselves.

If you're just starting out with Facebook Ads and want to play it safe, install the Facebook Pixel and optimize for landing page views. If you're looking for targeted business value, use custom conversions instead.

You must have a clearly-defined business goal for this to work.

Using the Landing Page Views metric is an important component of your ad campaigns and you should be careful not to confuse it with link clicks.

Landing page views are key in determining how effective your ads are at driving people to your website, and they drive real brand awareness from people who may be in the market for a solution like yours.

Want to learn how to maximize conversions from those landing page views? Check out some of my roasts for feedback you can immediately put into action. 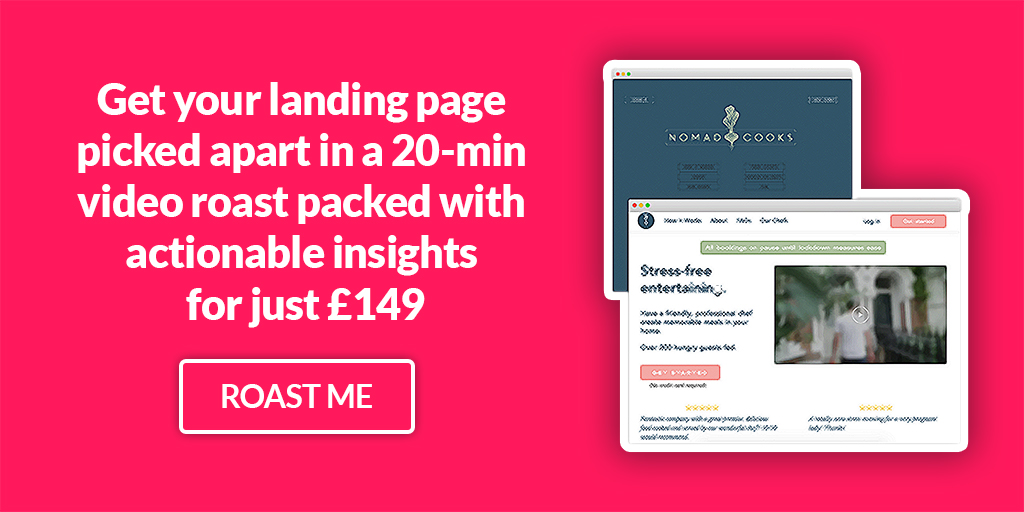 1. What is the difference between link clicks and landing page views?

A landing page view is when a user lands on your ad’s destination URL after clicking a link in your ad and fully loads it. A link click measures only the click on a link and does not take into consideration whether the page was loaded or not.

This means the number of clicks on links within the ad that led to advertiser-specified destinations, whether those destinations be on or off Facebook.

3. What is the difference between link clicks and unique link clicks?

Sign in or become a Roast My Landing Page Blog 🍗 member to join the conversation.
Just enter your email below to get a log in link. 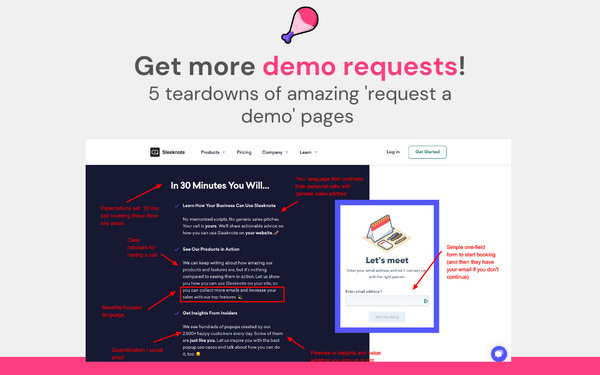 Want to turn more visitors into customers? Then you're going to need to secure more leads on demo calls. Here's how, explained with 5 annotated examples. When a visitor views your 'request a demo' page they are showing buying intent. They are visiting to explore the option of reaching out 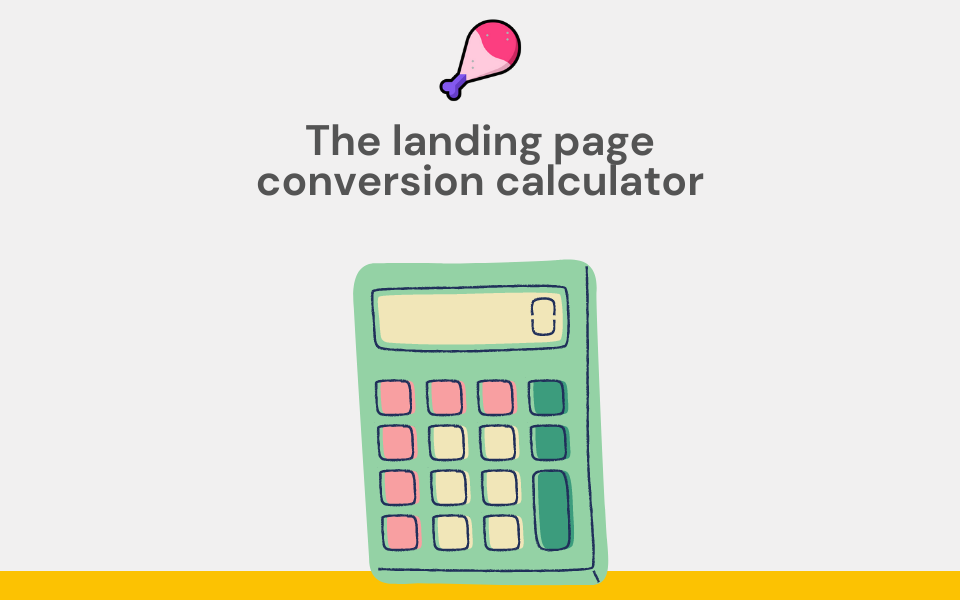 Use this landing page conversion calculator to discover how many visitors your landing page will turn into paying customers. What is your sign up flow? Things to note: visitors excludes current users who are logging in. (function() { function async_load(){ var s = document.createElement("script"); s.type = "text/javascript"; s. 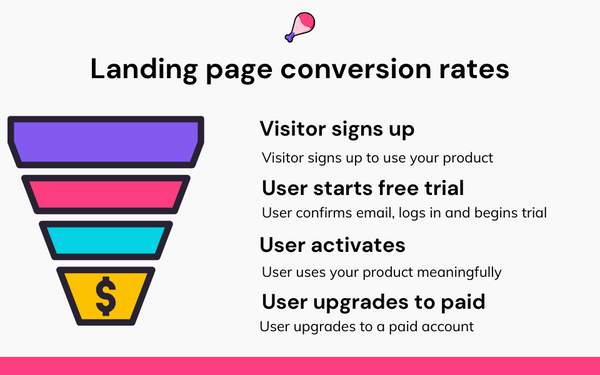 When reviewing the performance of your SaaS landing page it's difficult to know how it is performing. Landing page conversion rates vary wildly by industry, customer persona, and conversion event - how do you know if you're doing well, or if you need to prioritise landing page changes? Let's discuss